These Industries Have The Most Women In Senior Management [Infographic]

The proportion of women in senior leadership roles around the world has also shown very little improvement over the past decade or so, currently standing at about 22 percent, according to Grant Thornton. The industries where women are most likely to progress into upper management positions are education and social services, along with healthcare. In these two industries, one in four senior managers is female on average. 33 percent of senior management roles in hospitality are held by women, along with 27 percent in the food and beverage sector.

The technology sector has been harshly criticised for its predominantly male workforce over the years and Grant Thornton’s research reveals that only 19 percent of senior tech positions are held by women. In late 2014, women accounted for less than one in five tech jobs at Apple, Google, Facebook, LinkedIn, Yahoo and Twitter. 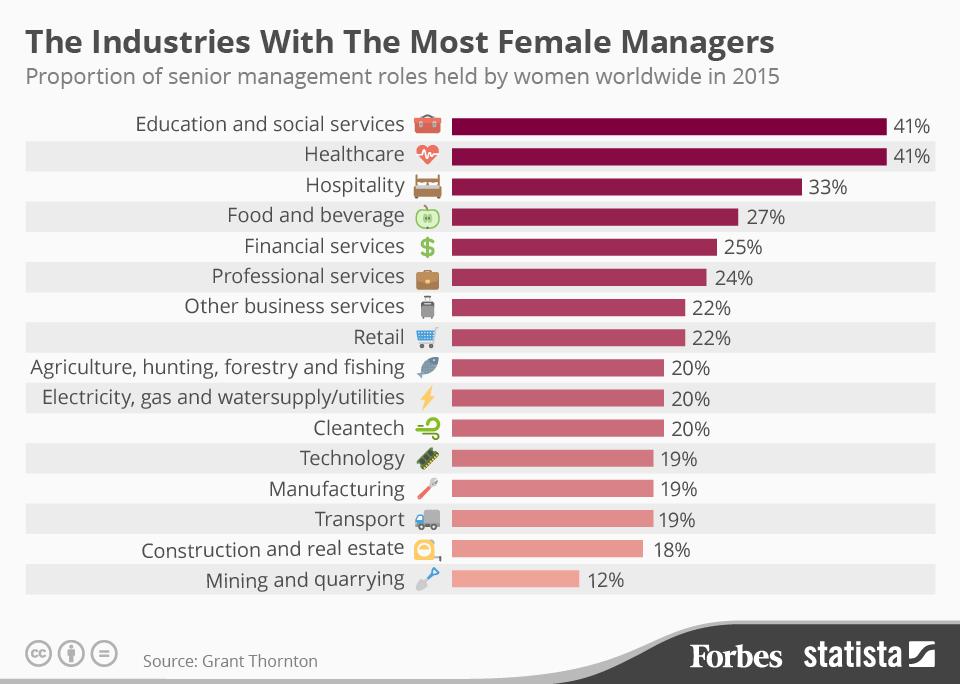