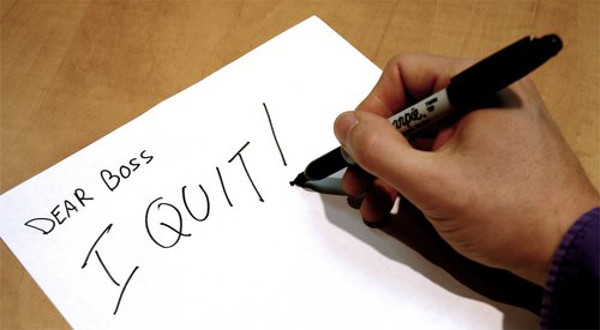 This is a widely understood – and well validated by research – common knowledge “corporate truth” within the HR and leadership communities.

But, if this has been so well understood for so long, why are most managers still creating and perpetuating workplaces largely populated with apathetic or disengaged employees who sap the energy and morale of their colleagues, and cost American companies $450-$550 billion each year in lost productivity from the disengaged and the disruption and chaos they leave in their wake?

Leaders and managers, you own this problem

And you are also the most likely cause of the unwanted voluntary turnover, squandered effort, lack of productivity, and damaging impact to the bottom-line in your organization.

A survey of hundreds of workers from a variety of jobs and industries done by Dr. Wayne Hochwarter, the Jim Moran Professor of Management at Florida State University’s College of Business, offers some clues about the source of why this may be the case in your company.

According to the research, employees stuck in destructive professional relationships experienced more job tension, mistrust, exhaustion, depression and nervousness than other workers. When they were asked for specifics about how their supervisors treated them on the job, this is what they had to say:

The lack of civility and respect demonstrated by the supervisors called out in the study sheds light on why we continue to have dismal levels of employee engagement around the globe, and reminds me of a long-term research project about the impact of incivility on employee performance.

Dr. Christine Pearson, Professor of Global Leadership at the Thunderbird School of Global Management in Arizona, and Christine Porath of the University of Southern California’s Marshall School of Business, have been polling employees and managers for over 10 years on the topic.

This is what their research discovered when employees experience incivility:

How can we expect to innovate, gain market share, achieve our goals, or crush the competition with such a dismal environment in so many workplaces? As a leader, it’s your job to fix this.

So the question becomes, what are you going to do about it?