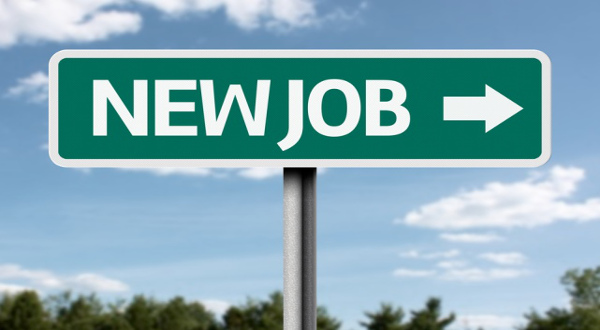 One Question You Should Ask About All New Job

TWO years ago, a student of mine named Nicole was torn on where to start her career. While applying for jobs in finance, technology, consulting and marketing, she suddenly realized that her biggest concern wasn’t what she did, but where she worked.

When it comes to landing a good job, many people focus on the role. Although finding the right title, position and salary is important, there’s another consideration that matters just as much: culture. The culture of a workplace — an organization’s values, norms and practices — has a huge impact on our happiness and success.

But how do you figure out the culture of a company you’ve never worked for? As Nicole tried to evaluate company cultures, she kept asking the Passover question: “How is this organization different from all other organizations?” And, as with Passover, I told Nicole, the answer should come in the form of a story. Ask people to tell you a story about something that happened at their organization but wouldn’t elsewhere.

After collecting stories from people at different levels of an organization, Nicole noticed that they touched on common themes. That was a good sign: There was some consensus about the company’s values. But when she talked to other companies, the same kinds of stories kept surfacing in every company she talked to. Why?

Three decades ago, in a classic study, a team of researchers led by the Stanford professor Joanne Martin analyzed the stories people told about their workplaces. They discovered an organizational uniqueness bias: People think their cultures are more distinctive than they really are.

Across organizations large and small, private and public, from manufacturing to knowledge to service work, Professor Martin’s team found seven stories over and over. “Organizational cultures, and in particular stories, carry a claim to uniqueness — that an institution is unlike any other,” the researchers wrote. But paradoxically, the same stories occur “in virtually identical form, in a wide variety of organizations.”

Far from being bad news, this study allows job seekers to zero in on the important questions about culture. Let’s look at four stories the study identified:

Story 1: Is the Big Boss Human?

The plot involves an authority figure who has a chance to act as if she’s better than everyone else. The insurance company president who takes his turn fielding calls on the company’s switchboard throughout the year: He’s one of us. The executive who doesn’t let anyone use his parking spot — even when he’s on vacation — maintains an air of superiority. This is one of the big debates about Steve Jobs: Was he a narcissist who felt entitled to special treatment or a leader who sought to bring out the excellence in all his employees?

Story 2: Can the Little Person Rise to the Top?

The uplifting version of this story is a Horatio Alger tale. Colleen Barrett begins her Southwest Airlines career as a secretary and lands in the presidency; Jim Ziemer starts at Harley-Davidson as a freight elevator operator and rides all the way to the corner office. In the more depressing variation, a low-status employee achieves great things but is denied promotions.

The organization may need to conduct layoffs: What does the leader do? Contrast the former Walmart chief executive Michael Duke, who slashed more than 13,000 jobs while raking in $19.2 million, with Charles Schwab executives’ taking pay cuts to avoid downsizing — and giving employees who lost their jobs a bonus when they were rehired.

Story 4: How Will the Boss React to Mistakes?

In many organizations, employees are fired for errors. Some stories point to a different culture, like the famous one at IBM in the 1960s. After an employee made a mistake that cost the company $10 million, he walked into the office of Tom Watson, the C.E.O., expecting to get fired. “Fire you?” Mr. Watson asked. “I just spent $10 million educating you.”

Take a close look at these stories, and you’ll see that they deal with three fundamental issues. First is justice: Is this a fair place? Second is security: Is it safe to work here? Third is control: Can I shape my destiny and have influence in this organization?

When the big boss is human, the little guy makes it to the top, and leaders try to protect employees even when times are tough and mistakes are made, we judge the culture as just, safe and controllable.

The other three stories are “Will the Organization Help Me When I Have to Move?” “What Happens When a Boss Is Caught Breaking a Rule?” and “How Will the Organization Deal With Obstacles?” They’re all concerned with the same three issues. If people are supported when they relocate, leaders follow the same rules as everyone else, and everyone takes initiative to solve problems quickly, we don’t worry as much that the organization is unfair, that we’ll lose our jobs for blowing the whistle, or that no one will join us if we try to change the culture.

Of course, it’s true that some elements of cultures are unique, but those are the least important parts. The M.I.T. professor Edgar H. Schein observes that the most visible parts of an organization’s culture are the artifacts and practices — how people talk, look and act. There are lots of organizations where people laugh at unique jokes, speak in unusual jargon, decorate their office spaces in unconventional ways, or have funky rules and norms. But the more defining parts of a culture are its values. Values are the principles people say are important and, more crucially, the principles people show are important through their actions.

The original study of the uniqueness bias was done three decades ago. If we did it again today, we’d find new kinds of stories about whether leaders attempt to make work fun with a Ping-Pong table or try to encourage innovation by allowing employees to spend 20 percent of their time working on new ideas. Interestingly, though, the values behind these artifacts and practices still link to the core questions about fairness, safety and control. If an organization values innovation, you can assume it’s safe to speak up with new ideas, leaders will listen, and your voice matters. When fun is a priority, it signals that leaders care about people as well as profits, and you can express yourself freely.

It’s always tempting to look for a great culture, but since bad is often stronger than good and toxic behaviors wreak more havoc than positive behaviors breed joy, it’s probably wiser to first rule out the worst cultures. When stories suggest that an organization is wildly unfair, unsafe or immovable, cross it off your list. And beware of joining a company with a bad reputation in the hopes that you’ll be the exception: the rare little guy who rises to the top. Rather than changing a cutthroat culture from the bottom, many people end up counting themselves lucky if they walk away without permanent scars.

If you’re still unsure where to work, start asking for stories about one practice that says a lot about a culture — a practice that consumes more than half of the time in big organizations. When people find it productive and enjoyable, that’s a good sign. A quote sometimes attributed to Dave Barry said it best: “If you had to identify, in one word, the reason the human race has not achieved, and never will achieve, its full potential, that word would be ‘meetings.’ ”

Adam Grant is a professor of management and psychology at the Wharton School of the University of Pennsylvania, and the author of Originals: How Non-Conformists Move the World.