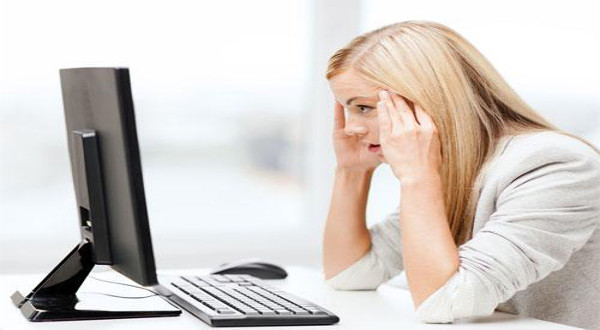 9 Great Mistakes You Should Never Make At Work

We’ve all heard of (or seen firsthand) people doing some pretty crazy things at work.

Truth is, you don’t have to throw a chair through a window or quit in the middle of a presentation to cause irreparable damage to your career.

No matter how talented you are or what you’ve accomplished, there are certain behaviors that instantly change the way people see you and forever cast you in a negative light.

The following list contains nine of the most notorious behaviors that you should avoid at all costs.

The name says it all. Stabbing your colleagues in the back, intentionally or otherwise, is a huge source of strife in the workplace. One of the most frequent forms of backstabbing is going over someone’s head to solve a problem. People typically do this in an attempt to avoid conflict, but they end up creating even more conflict as soon as the victim feels the blade. Anytime you make someone look bad in the eyes of their colleagues, it feels like a stab in the back, regardless of your intentions.

People make themselves look terrible when they get carried away with gossiping about other people. Wallowing in talk of other people’s misdeeds or misfortunes may end up hurting their feelings if the gossip finds its way to them, but gossiping will make you look negative and spiteful every time, guaranteed.

3. Taking Credit for Someone Else’s Work

We’ve all experienced that stomach-dropping feeling that happens when you discover that someone has stolen your idea. Taking credit for someone else’s work­—no matter how small—creates the impression that you haven’t accomplished anything significant on your own. Stealing credit also shows that you have zero regard for your team and your working relationships.

4. Having an Emotional Hijacking

My company provides 360° feedback and executive coaching, and we come across far too many instances of people throwing things, screaming, making people cry, and other telltale signs of an emotional hijacking.

An emotional hijacking demonstrates low emotional intelligence, and it’s an easy way to get fired. As soon as you show that level of instability, people will question whether or not you’re trustworthy and capable of keeping it together when it counts.

Exploding at anyone, regardless of how much they might “deserve it,” turns a huge amount of negative attention your way. You’ll be labeled as unstable, unapproachable, and intimidating. Controlling your emotions keeps you in the driver’s seat. When you are able to control your emotions around someone who wrongs you, they end up looking bad instead of you.

5. Announcing That You Hate Your Job

The last thing anyone wants to hear at work is someone complaining about how much they hate their job. Doing so labels you as a negative person and brings down the morale of the group. Bosses are quick to catch on to naysayers who drag down morale, and they know that there are always enthusiastic replacements waiting just around the corner.

Accomplishing great things without bragging about them demonstrates the same strong mentality—it shows people that succeeding isn’t unusual to you.

So many lies begin with good intentions—people want to protect themselves or someone else—but lies have a tendency to grow and spread until they’re discovered, and once everyone knows that you’ve lied, there’s no taking it back.

Getting caught up in a lie, no matter how small, is exhausting and hard on your self-esteem. You have to be authentic if you want to be happy with who you are.

Unless you happen to work on a ship, your colleagues are going to mind if you make the entire place smell like day-old fish. The general rule of thumb when it comes to food at work is, anything with an odor that might waft beyond the kitchen door should be left at home.

It might seem like a minor thing, but smelly food is inconsiderate and distracting—and so easily avoidable. When something that creates discomfort for other people is so easily avoided, it tends to build resentment quickly. Your pungent lunch tells everyone that you just don’t care about them, even when you do.

So much of work revolves around the people you meet and the connections you make. Dropping an atomic bomb on any professional relationship is a major mistake.

One of TalentSmart’s clients is a large chain of coffee shops. They have a relatively high turnover, so when a barista quits, it isn’t usually taken personally. One barista, however, managed to burn every single bridge she had in a single day. The surprising thing is that she didn’t yell or do anything extreme; all she did was leave.

Without warning, she showed up to her Monday shift, told the store manager she was quitting (she had found a better-paying job somewhere else), and walked out. The result, of course, was that every shift that she was scheduled to work for the next two weeks had to be done with one less person, as she provided no time to find a replacement.

She most likely saw her actions as being offensive only to the manager (whom she didn’t like), but in reality, she created two miserable weeks for everyone who worked at the shop. She ruined her otherwise positive connections, with every single one of her colleagues.

Bringing It All Together

These behaviors sound extreme and highly inconsiderate, but they have a tendency to sneak up on you. A gentle reminder is a great way to avoid them completely.

What other behaviors should I add to this list? Please share your thoughts in the comments section below as I learn just as much from you as you do from me.

Dr. Travis Bradberry is the award-winning co-author of the #1 bestselling book,Emotional Intelligence 2.0, and the cofounder of TalentSmart, the world’s leading provider of emotional intelligence tests and training, serving more than 75% of Fortune 500 companies.