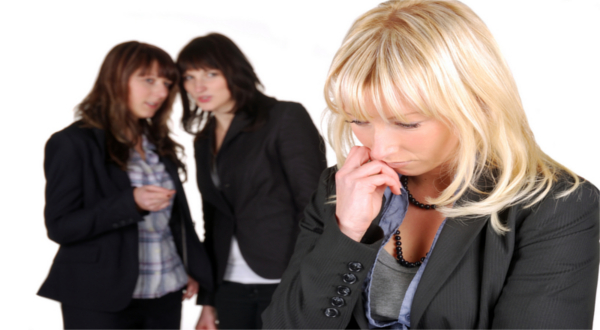 The office is filled with different personalities, traits and talents and where there’s usually an office gossip, there’s often an unreliable and unorganised colleague too!

You might be able to picture the exact person in your mind, no doubt you like them but you can’t respect or trust them as far as you could throw them due to their unprofessional habits. If the image in your head is your boss, then their unprofessionalism could be causing serious disruption to your work, leaving you frustrated and in despair.

As you may have already found out, it’s hard enough dealing with people with unprofessional habits but it’s much, much worse to actually be that person. Perhaps you are practicing these bad customs without even realising you are doing it!

Don’t panic, are we are here to help! Below are 7 unprofessional habits you should avoid in the future:

How many emails do you receive a day? The answer is probably too many to count!

Everyone in the office is most likely rushed off their feet, however if you fail to reply to your colleagues or bosses within 24 hours, you risk looking unreliable and just plain rude.

Instead, send a brief acknowledgement that you have received their email and politely ask to respond fully when you have more time. As a result, you avoid looking impolite and will maintain the trust you have worked hard to build between you and your colleague.

Turning up 2, 10 or however many minutes late is one of the worst unprofessional habits! Many managers even lock the doors if you are late to one of their meetings, you might think this is excessive but it certainly teaches the latecomers a lesson.

Being late may be acceptable when you have a valid excuse but if you make a habit out of it, you will start to get on the ‘on-time peoples” nerves. Take control, work on your time management skills if necessary and remember: be known for turning up early, not late!

3 Forgetting you had notes to check up on

Forgetting you made notes in the last meeting, or worse, forgetting to even make notes at all isn’t going to make a good impression amongst your colleagues!

Meetings are held to share ideas and opinions about matters going on in the business, it should be an extremely productive period of time as you have the full attention of your whole team. However, turning up unprepared is one of the most sinful unprofessional habits around, your lack of contribution won’t go unnoticed and any feeble attempts to join the discussion will only frustrate and hinder your colleagues from finding solutions or new ideas.

Curb this bad habit and prepare for your meetings, be ready to engage in dicsussion and contribute valid and credible ideas.

A lot of people think they have perfected the art of daydreaming but in reality, you haven’t. Your colleagues are most likely switched on to what you are doing and will be able to tell from your responses that your head is not in the game!

It’s possible you have developed these unprofessional habits because you are no longer stimulated or satisfied by your current job. If you find the work so uninteresting you have to zone out, it might be time to start looking down other job or even career avenues to find work that really excites you!

If you are trying to come across as unreliable and flaky then missing appointments is the way to do it!

People have specifically taken time out of their day for you, so by not turning up you have shown disrespect and lack of consideration for them.

Unprofessional habits like this one could cost you more than your reputation.Repeating this mistake twice will write you off their list of priorities and it could lead to resentment towards you!

6 All talk no action

It’s all well and good telling your colleagues what you are going to do, you might be a great communicator and deliver an excellent speech but actions will always speak louder than words!

To avoid over promising and under delivering, set reasonable expectations that you can actually achieve. The more evidence you provide to back up your ‘speeches’ the more trust that will be generated. Implementing steps like this will cause your colleagues to start perceiving you as genuine and reliable too!

Although technology is becoming ever more present in our personal and work lives, it doesn’t mean it’s acceptable to use your smartphone or any other device whilst your colleague or boss is engaging in conversation with you.

If you do, this will convey utter disrespect. When someone is talking to you, you should be looking at them directly, making eye contact to communicate that you understand and that you are interested in what the other person is saying. In other words, give them your full attention!!

Scrapping these unprofessional habits will help you to build stronger and lasting relationships with your co-workers. Implement change today!